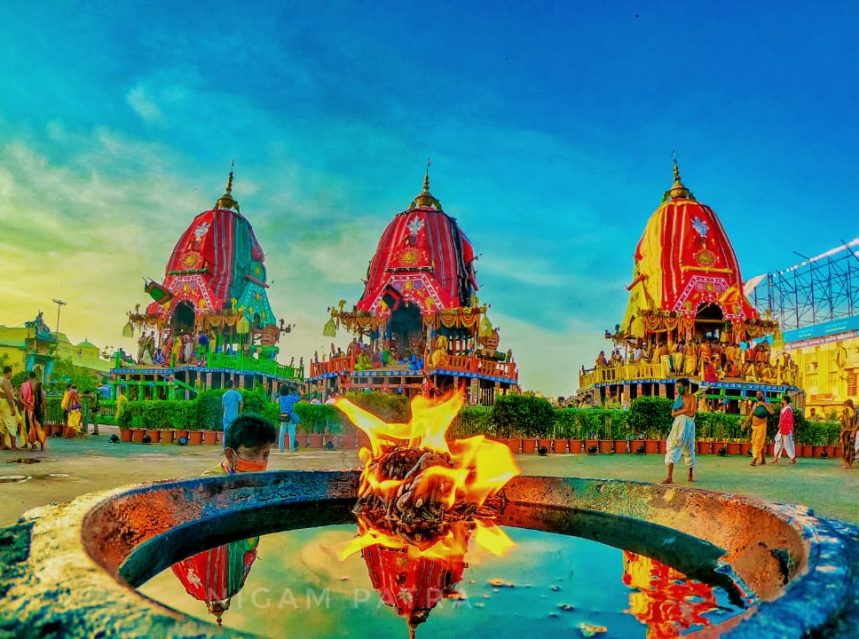 Suna Besha of the deities in Pictures: The Suna Besha also is known as Bada Tadau bhesa or Raja Bhesa takes place the day after the return of the Lord Jagannath and siblings from Mausi maa temple or Gundicha temple. On the day of Bada Ekadasi which is the 11th day of the bright fortnight in Asadha. The deities, on their chariots itself, don the golden attire or the suna besa, with hands, arms, and crown made of solid gold. They are decorated with ornaments made of gold including the diadems, hands, and feet made of gold.

Lord Jagannath holds a gold Chakra (Disc) in his right hand which is the Sudarshan chakra and Silver Sankha (Conch) in his left hand. Lord Balabhadra holds a gold Hala (plough) in his left hand and a golden Gada (mace) in his right hand. The dress reportedly weighs one ton. They are also offered sweet drinks, adhara pana, on huge cylindrical earthen pots reaching up to their lips. 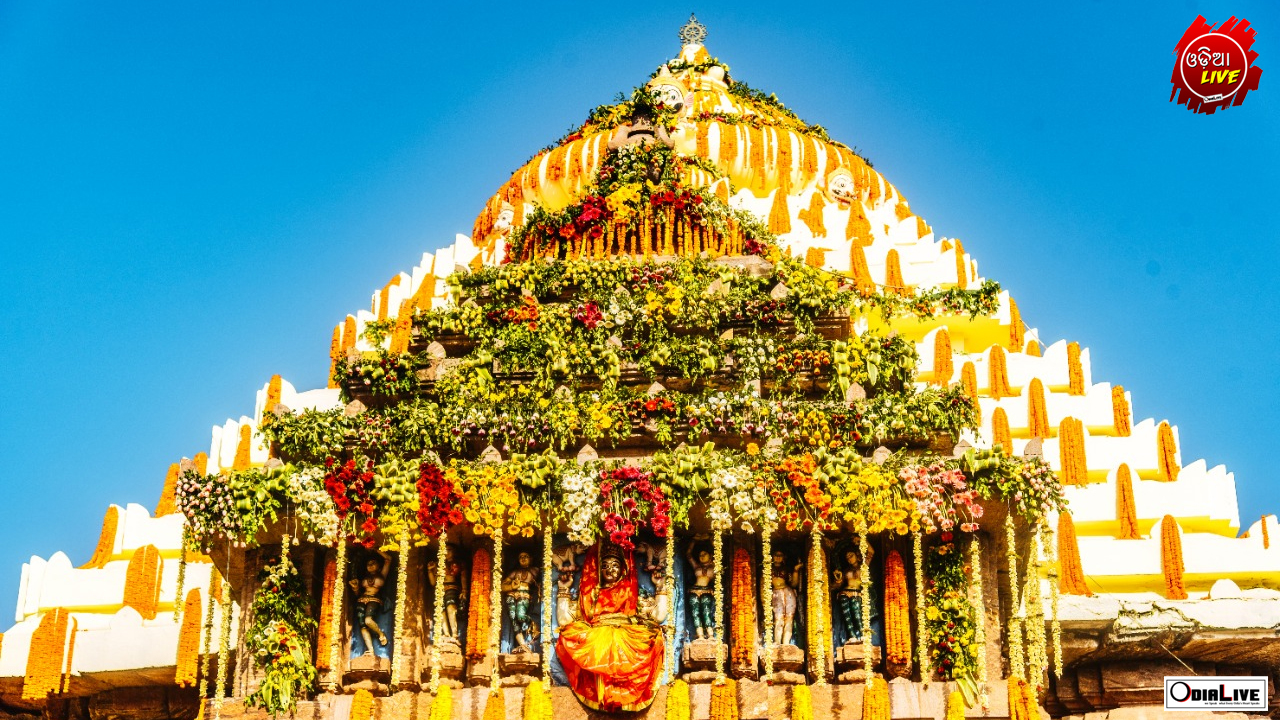 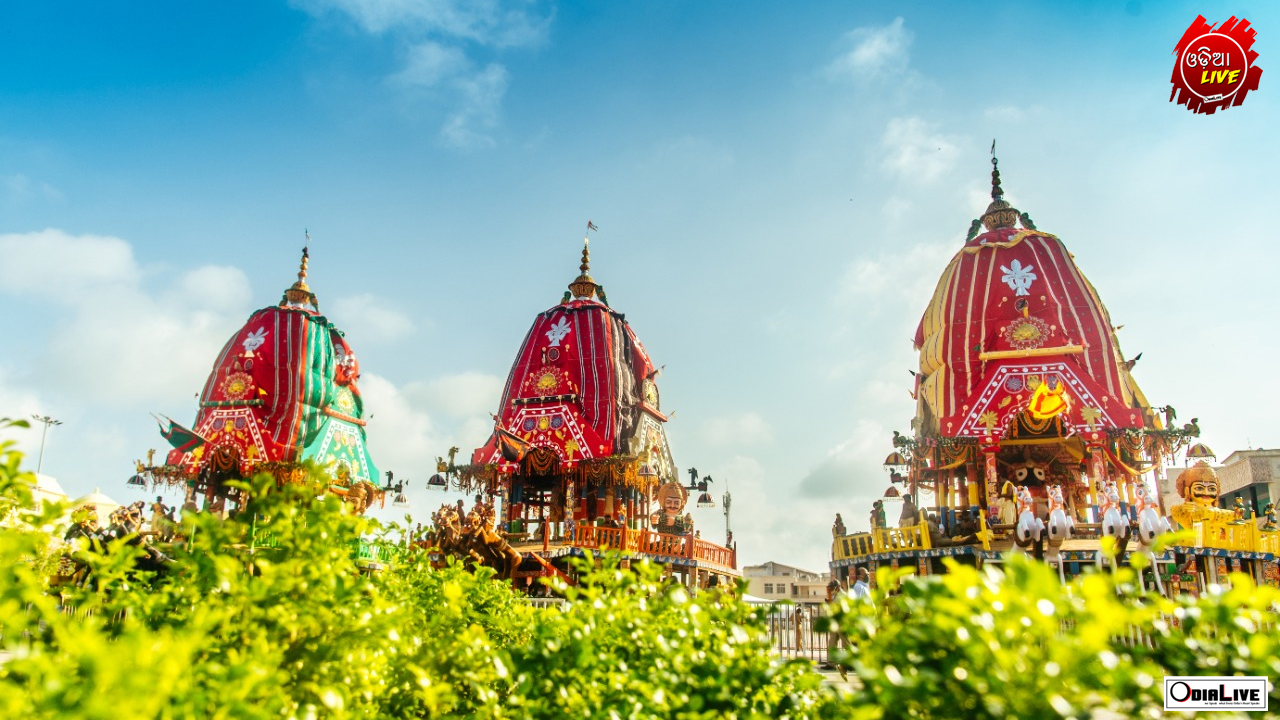 The Trinity returns to Shri Mandir 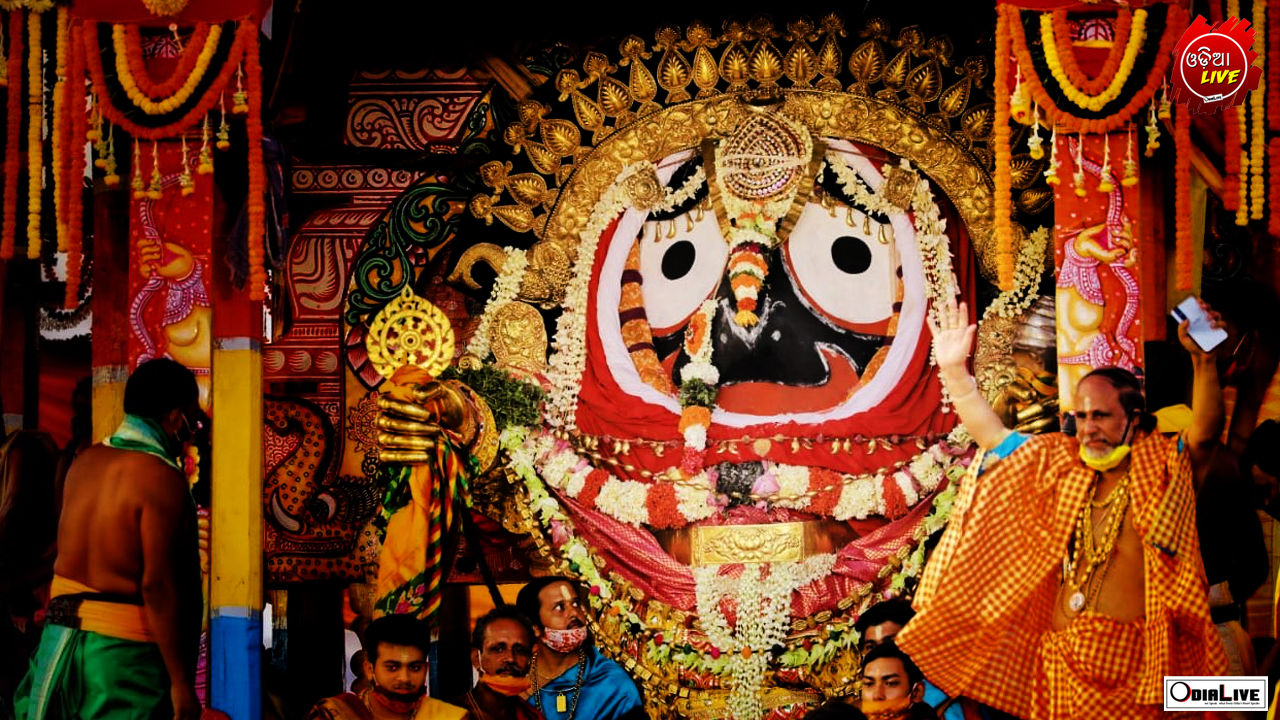 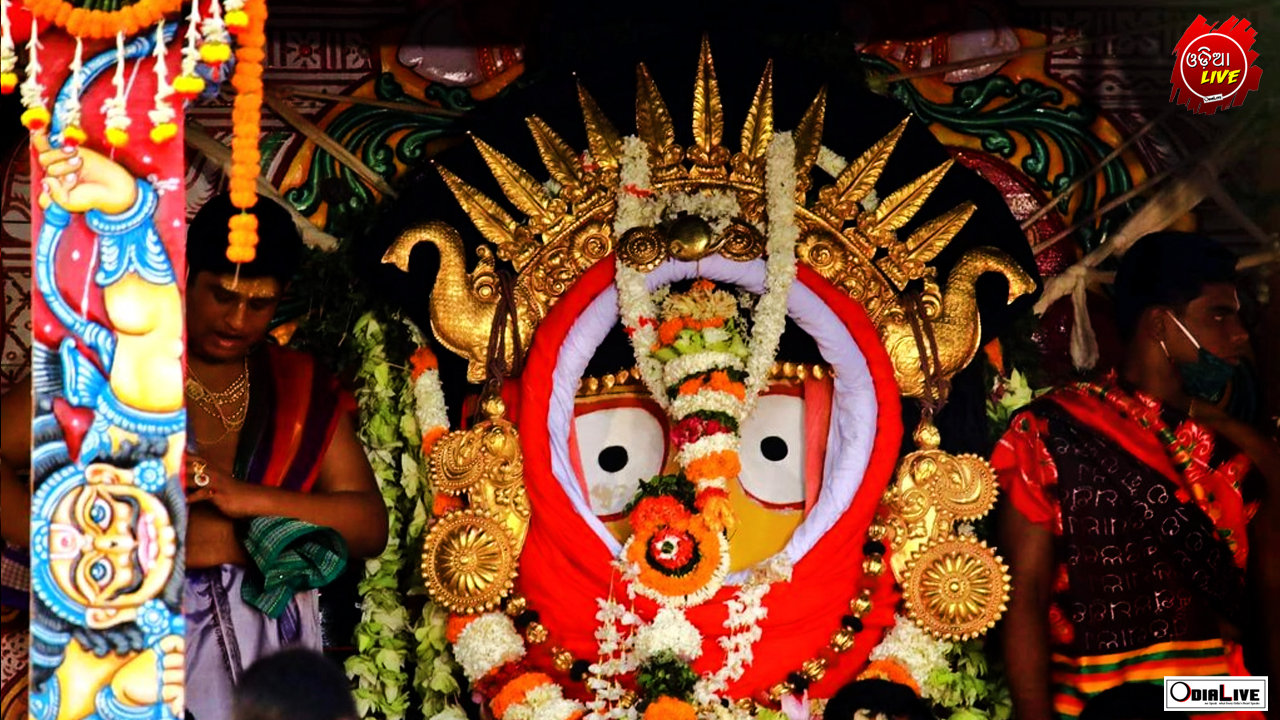 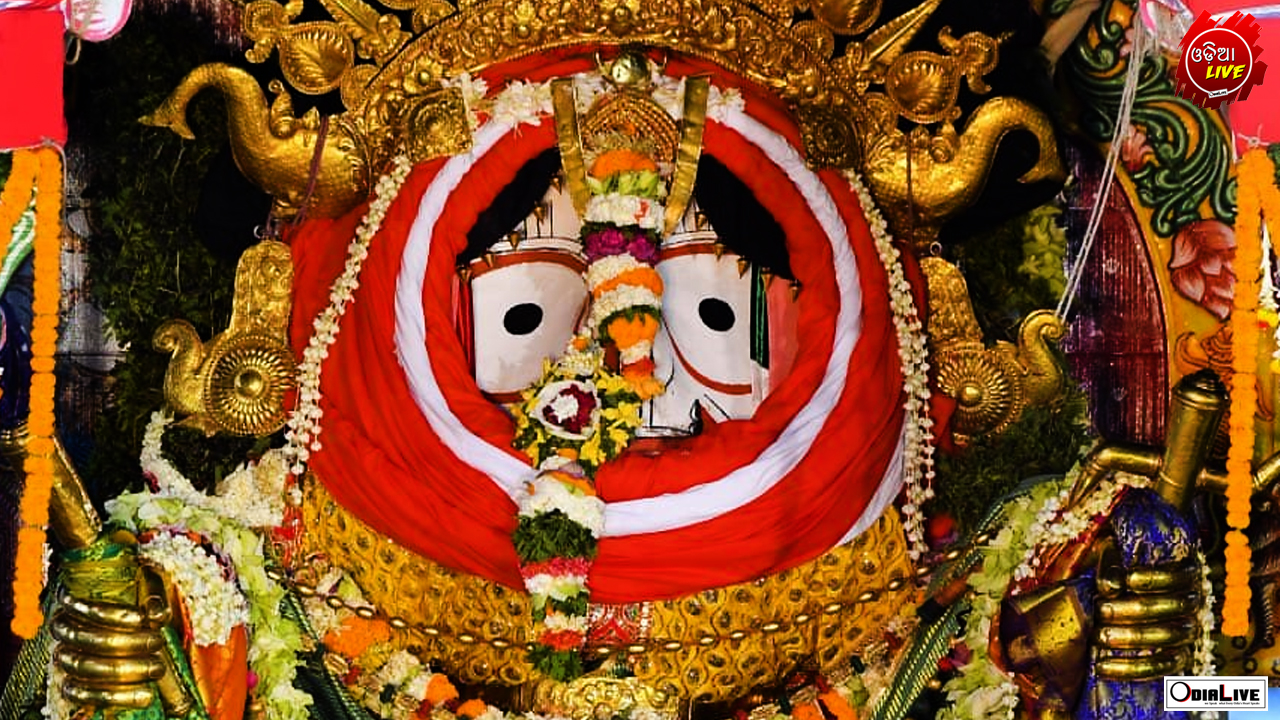 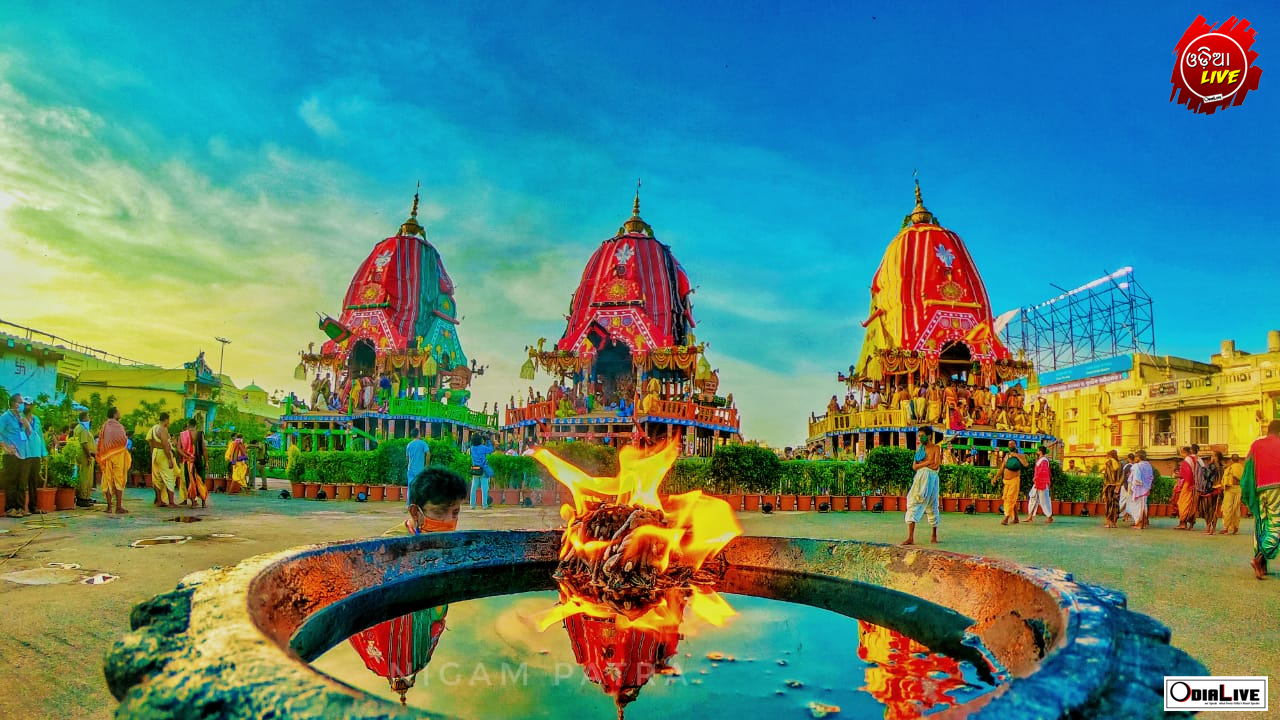 The Best Picture of Ratha Yatra 2020 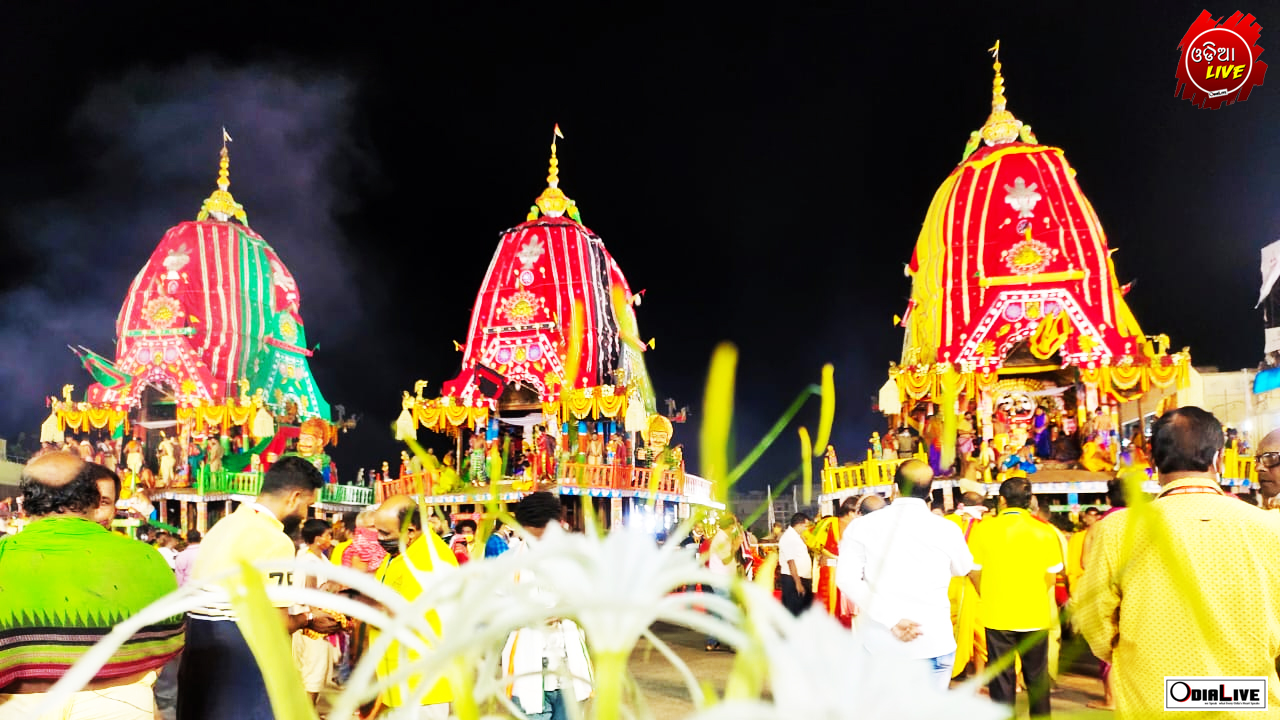